Reynolds focuses on investments in Condition of the State address 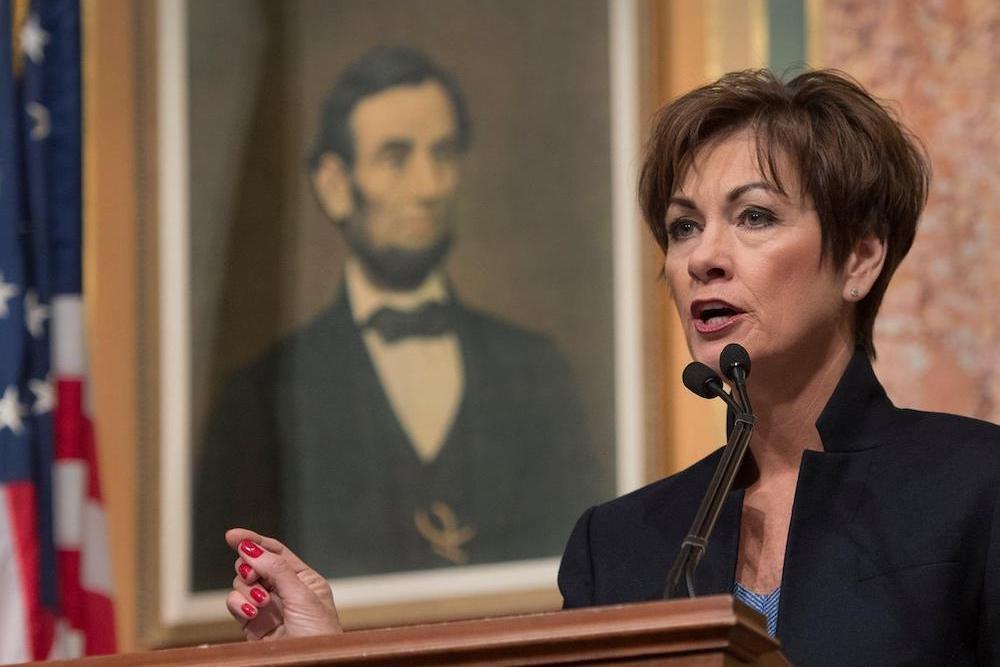 In her third Condition of the State address, Gov. Kim Reynolds stressed the importance of investing in Iowans.

Stating that there is no better path to opportunity than quality education, Reynolds called for increased funding for computer science.

“Currently, almost two-thirds of school districts teach computer science in middle and high school. And about half teach it in elementary school. We need that to be 100 percent—which is why I’m calling on the legislature to take computer science statewide and ensure every student, at every level, has access to this new basic skill,” Reynolds said.

Reynolds emphasized hands-on learning and recalled support for apprenticeships and the Iowa Clearinghouse for Work-Based Learning.

The Creston News Advertiser reported that Iowa saw more than $90 million in investments to K-12 education in 2019, and Reynolds is proposing an additional $100 million in new funding.

Another investment in Iowans is workforce development through the Future Ready Iowa program. Reynolds said the program has given thousands of residents more work skills and helped to lower the unemployment rate.

“In Muscatine, the local community foundation partnered with Eastern Iowa Community College to create an intensive six-week program for low-income parents who have children in school. They’re working to become welders or certified-nursing assistants and, if they stay on track through the program, a job will be waiting for them at the end,” she said.

Prisoner rehabilitation has been one of Reynolds' administration's priorities, she said, trying to remove obstacles to success when former inmates reenter society.

“Last year, I signed legislation that protects employers who are willing to give returning citizens a second chance. To build on that, we hosted roundtables at our correctional facilities in Mitchellville and Rockwell City where more than 80 employers stepped inside our prison walls — and maybe a little outside their comfort zone — to learn how they can meet their workforce needs and give an Iowan a second chance at a productive and rewarding life,” she said.

Reynolds is also proposing to amend Iowa's constitution to restore felons' right to vote after they have served their sentence.

“Those who go through a rigorous application process in another state, and meet certain conditions in our state, should be able to have that license recognized here,” she said.

Want to get notified whenever we write about Kim Reynolds for Lieutenant Governor ?

Sign-up Next time we write about Kim Reynolds for Lieutenant Governor, we'll email you a link to the story. You may edit your settings or unsubscribe at any time.