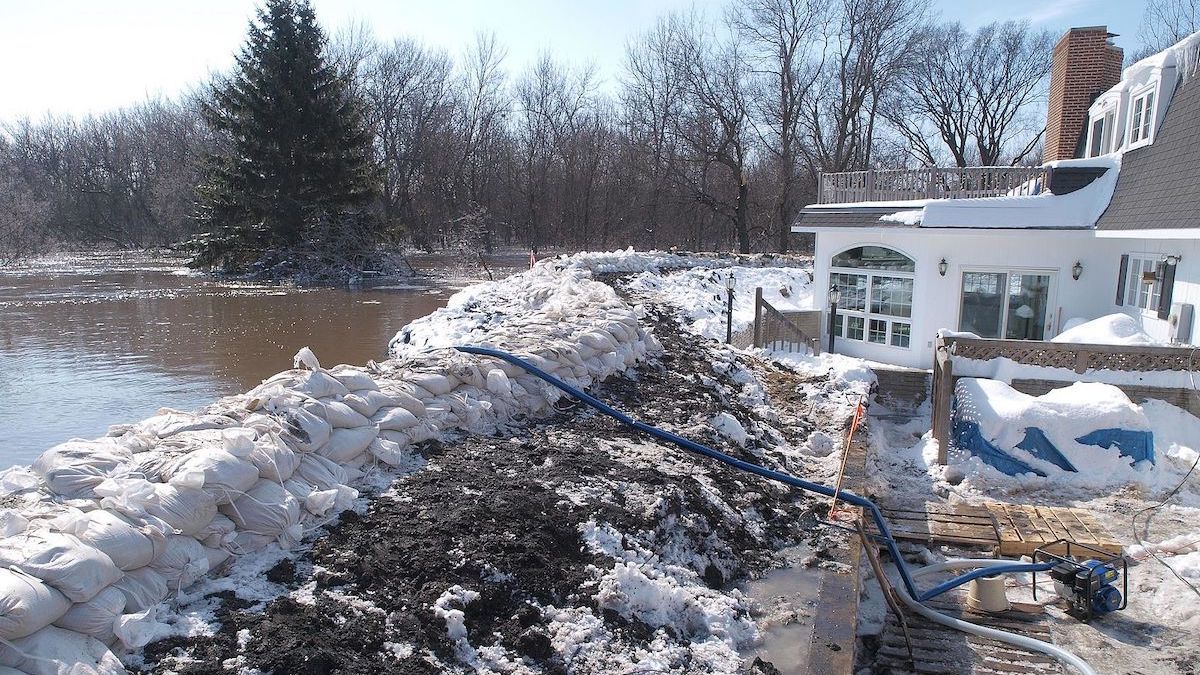 With over nearly a year of man-hours from the U.S. Army Corps of Engineers, a majority of the damaged levees from flooding have been closed along the Missouri River.

"It's required us to move over 4.5 million cubic yards of sand and another million cubic yards of clay. That's enough to cover 172 football fields 15 feet deep," Colonel John Hudson, U.S. Army Corps of Engineers Omaha Command, said to News 6. "We've closed most of the levee systems from Council Bluffs south and here into Missouri and just south of this location."

There were seven breaches with South Hamburg having the largest gash at 2,500 feet.

"When this levee failed in March Hamburg had flooding, you know Percival, Bartlett, I-29 was shut down," Brett Budd, U.S. Army Corps of Engineers, Chief of Systems Restoration Team said, according to News 6.

Now that the holes are filled and with cooperation from the weather, the Army Corps of Engineers looks to get the levees back up to the heights they were before the flooding.

"If we had epic snowstorms feet of snow on the ground – we'd be done – we would not have been able to make the progress we've made," Budd told News 6.

There are concerns, however, because of the vulnerability of levees without overgrowth. The corps has been releasing Gavin's Point Dam more frequently than usual in an effort to keep the reservoirs low enough to be able to handle the spring melt.

"While we'll have them up to full height by one March, they won't have the good grass established on them yet, so they will be vulnerable," Hudson said to News 6. "We're concerned about that because there is a significant snowpack in the eastern Dakotas, both North Dakota and South Dakota – and heavy flows will impact these levees."

Want to get notified whenever we write about U.S. Army Corps of Engineers ?

Sign-up Next time we write about U.S. Army Corps of Engineers, we'll email you a link to the story. You may edit your settings or unsubscribe at any time.