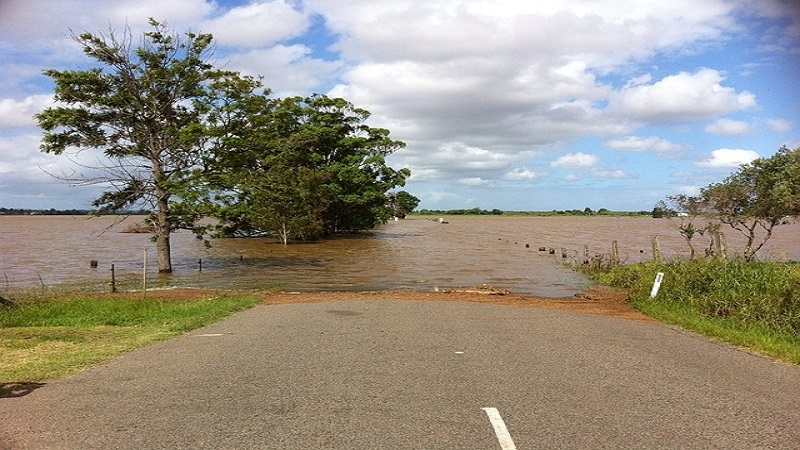 Minor to moderate flooding is expected to hit Southwestern Iowa communities this spring.

These are some of the same areas that were devastated by last year's severe floods along the Missouri River. During the first week of March several dozen community members gathered in a Fremont county church to receive information directly from The National Weather Service of Omaha/Valley Neb.

Hydrologist David Pearson, U.S. Army Corps of Engineers and the Iowa Department of Transportation were on hand to help field questions from attendees. Pearson helped explain the reasons behind the likelihood of flooding and gave locals some insight into the situation.

“When you go further north into northeast Nebraska and to South Dakota, North Dakota, they’ve had several wet years in a row which has led to a very high soil moisture condition. That’s where the risk comes from, is the moisture they get obviously affects us down here,” Pearson said, according to Iowa Public Radio.

While Pearson is leery of the possible flooding, he's also optimistic.

“Compared to this time last year, we’re in a much better place,” Pearson told Iowa Public Radio after the forum. “But we still have things to worry about. The high soil moisture and the amount of water in the rivers does lead to an above-normal risk for flooding.”

The meeting also helped ease some of the community member's concerns. Percival resident Jan Zach who's farm was inundated by flooding last year, confirmed he feels confident enough to plan for the future.

A big part of the reason Percival residents may feel secure is due to the ongoing reinforcement of the nearby Benton-Washington federal levee. On the opposite end of the spectrum is the small town on Bartlett just 10 miles north. The levy closest to the town was removed from its levee safety program and can't be fully restored due to federal law.

Dean Doty, one of Bartlett's residents affected by last year's flooding, has seen the affects on the community first-hand.

“We used to have some big parties here, Fourth of July parties,” Doty told Iowa Public Radio. “We’d have 30, 50 people out here. And they’d camp out if they wanted to and we’d have a good time. But nobody wants to come down here anymore."

The weather service confirmed that there are fewer conditions this year to cause severe flooding fortunately. There is less of a snow pack and the ground isn't as frozen, but Doty remains concerned about the future.

“We’re on life support,” Doty told Iowa Public Radio. “I just don’t know. I think if it floods again it’s just going to be the end of Bartlett, really.”

Want to get notified whenever we write about U.S. Army Corps of Engineers ?

Sign-up Next time we write about U.S. Army Corps of Engineers, we'll email you a link to the story. You may edit your settings or unsubscribe at any time.